What is Trap Shooting and How Did It Start The concept behind trap shooting is pretty simple, right?

Well, maybe not in practice. If it were that easy, everyone would presumably do it, and sports don’t become Olympic sports because they can be done with little effort.

That’s why there are tons of videos online attempting to teach people how to trap-shoot.

But we’re not here to discuss how to trap shoot.

We’re here to discuss what is trap shooting and how it came to be.

If you really think about it, trap shooting is kind of a strange sport.

How did launching a clay target into the air and shooting it even become a thing?

This post will address this and more. You will find that, like other sports, trap shooting has had a long history of reformation and transformation. For instance, trap shooters didn’t always aim at clay targets, as real pigeons were used in the sports early years. Also, this activity emerged from a longer tradition of shooting games and events that predated modern day weapons.

Below will be a detailed history of trapshooting.

The Origins of Target Shooting (Before Guns) 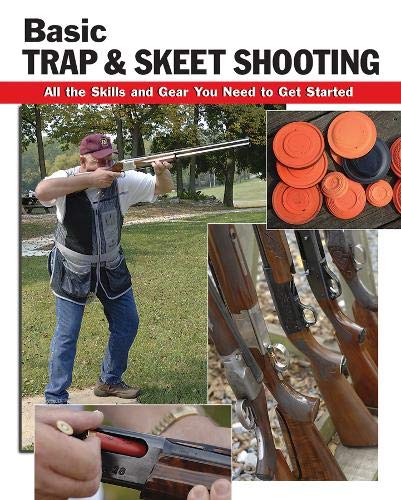 You’ll probably be surprised to learn that shooting pigeons dates back to Homer’s Iliad.

That’s right – but with a bow and arrow.

In Homer’s writings, he mentioned that Greeks would aim at pigeons that would stand on poles in order to honor their gods.

This isn’t necessarily trap shooting, but it provides for a unique starting point that would later fuel what the sport is today.

And it wasn’t just the Greeks.

Fast-forward to the 10th century, and shooting became a popular recreational sport.

The first shooting clubs opened in the 13th and 14th centuries among Germanic territories in Europe (not the Germany of modern times). Originally, these clubs used simple bow and arrows or wheel lock muskets in competitions.

The profession quickly gained notoriety as a gentleman’s sport, with figures such as William Tell becoming famous for their archery skills in the 14th century. (Of course, Tell became famous because he was ordered to shoot an apple off his son’s head – which he did successfully).

And although these clubs were for men only, they created a foundation that all shooting sports, including trap shooting, would arise from – which now include women.

Indeed, this would allow shooting sports to normalize among the communities that held these competitions. Competitions started using classic rifles in the 16th century, marking the turn from bow and arrows to the shotguns that all trap shooters know and love today.

What Is Trap Shooting: From Pigeons to Clay

We also know that this love for target shooting led to the development of recreational shooting clubs that held competitions for male-participants.

But you’re probably still wondering, what is trap shooting?

How did all of this translate into what is now known as trap shooting?

Well, starting in the late 18th-century, trap shooters emerged in England who sought to use the sport to improve on their hunting.

So, as a means to improve their hand-eye coordination for hunting, naturally they used real pigeons. 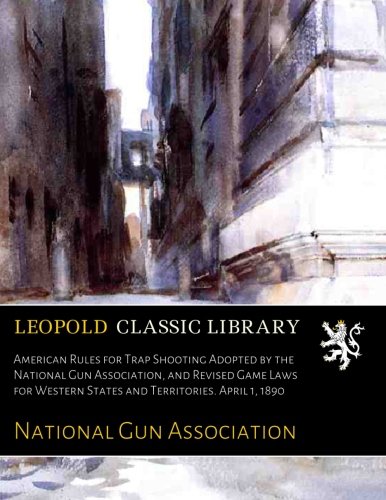 These early trap shooters would place the birds into cages, set them loose once the shooter was ready, take aim and fire. The shooters knew when the bird would be released, but not where it would eventually fly. This is what allowed them to practice real-life hunting, because technically, it was.

But this didn’t last long.

If you want to try trap shooting today – don’t worry – you don’t have to kill any birds.

The practice of shooting live pigeons died-out during the 19th and 20th centuries as trap shooting became used as a sport to showcase a shooters skill, and not to hone-in on providing dinner for the family. (The practice was also outlawed by several countries and states).

The origins of shooting sports in America were similar to England, as hunting was a primary concern in the 1700s and men wanted to improve their aim.

But Americans had another reason besides hunting to improve on their shooting skills– they were often at war with neighboring native tribes.

Therefore, shooting sports provided a means to enhance their capabilities during warfare, as well.

But as time went on in America, the threat of going hungry and unannounced attacks diminished. Trap shooting, like other target-shooting activities, then became a sport on its own, and not necessarily something used to improve on hunting.

Cincinnati, Ohio held the very first competition in the states in 1831. Here, too, trap shooting originally consisted of aiming at live pigeons. But America also led the way for developing alternatives to live pigeons.

Glass balls filled with feathers were the first replacement of real pigeons, but these were quickly surpassed by a clay projectile that is still used today.

Clay projectiles are usually 11 cm in diameter and 3 cm thick.

To imitate the random direction that actual pigeons would make upon being released from the cage, these projectiles are placed into a “trap” that oscillates back and forth.

So, like original pigeon shooting, the shooter is unaware as to where he or she needs to aim until the projectile is actually released.

Trap shooting has become such a huge shooting sport that it was brought into the Olympics in 1900. (Sadly, though, about 300 pigeons died as they decided to use real birds for this event).

Trap Shooting at the Olympics

As mentioned above, trap shooting has been a frequent sport featured in the Olympics since one of the first modern Olympic games in 1900, when they still used real pigeons to conduct the event.

This is the only time in modern Olympic history that live animals were killed during the games. Since then, shooting events – including trap – were featured in all but two Olympics in both individual and team-competitions until 1948 when team events were cut.

The growth of shooting events has been something quite incredible, with only 13 countries participating in the 1896 Olympic games, growing to 83 in 1996. That’s good for the third largest for participating countries at the games.

Of course, the world was not always so welcoming back in the late 1800s and early 1900s.

Many countries in Africa, South America, and Asia still practiced slavery, even, and were just coming around to abolishing it. This lack of acceptance, no doubt, played role in the lack of participants from around the globe.

The Soviet Union and other Eastern European countries dominated the events at first in the 1950s but were surpassed by the American’s in the ‘60s.

The role of women in Olympic shooting events started much later in the late 1970’s, before the first “women’s” event even started.

Margaret Thompson Murdock showed men what women could do with a rifle in 1976 as she became the first woman ever to place in an event when she won a silver medal. Separate women’s events were introduced soon after in 1984.

But that wasn’t trap shooting.

Trap shooting remained an open event for some time after in the Olympics – meaning that it was a mixed-gender competition and both men and women competed against each other.

This changed in 1996, but in an effort to work on gender equality in the sport, in 2017 they replaced 3 of the men’s events with 3 mixed ones. This brought the overall events to 6 men’s, 6 women’s, and 3 mixed.

Another lesser-known competition, the World Shooting Championships, started one year after the very first modern Olympic games in 1897.

A shooting club in Lyons, France started the competition to mark it’s 25th anniversary. Instead of being held every four years, like they do now, from 1897 to 1931 they were held every single year except during the first World War.

Basic Trap & Skeet Shooting: All the Skills and...
Buy on Amazon

However, trap shooting was not an event in the first World Shooting Championships because they originally only held one event – the 300-meter Free Rifle target shooting.

Trap shooting was introduced to the World Shooting Championships in 1929. These original events had shooters fire at 300 clay targets! That’s a lot of shooting, which, from my experience, is not very friendly to the shoulder.

Then, in 1933, a separate trap shooting event emerged out of the World Shooting Championships, where only trap shooting competitions would take place. This event occurred from 1933 to 1939, then picked up again after 1950 because of World War II. This separate championship would eventually incorporate skeet-shooting and double trap into the events.

Now, for some of the greatest trap shooters to ever live.

The ones picked out here are from an older time, but their fame and talent are hard not to mention.

Some of them even shot during the same time period, and rivaled each other for the best shooter around:

The Long History of Trap Shooting 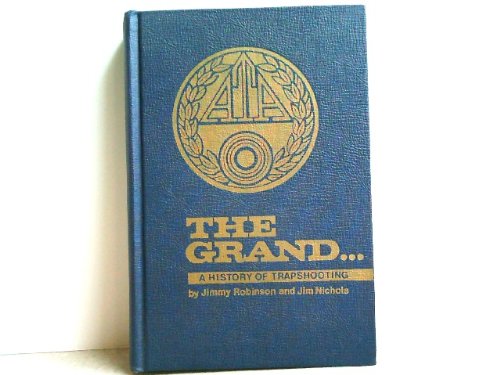 Being one of the original sports at modern Olympic games, trap shooting has been around for a long time.

And this time has allowed for plenty of changes throughout its history.

From Greek’s shooting bow and arrows at pigeons to English hunters using the birds as target practice, it’s almost hard to believe that the sport now uses clay projectiles.

But these projectiles preserve what the game originally was – it just doesn’t involve killing any birds.

The trap itself is similar to the cage the birds were originally kept in.

As you can see, even though the sport has come a long way from a means to enhance hunting skills to becoming a skill among itself, trap shooting still retains that original style and always will.

And some of the early marksmen and markswomen were instrumental in this.

On Target: Shooting With Confidence
Buy on Amazon

The Practical Guide to Reloading Ammunition: Learn...
Buy on Amazon

The Practical Guide to Guns and Shooting, Handgun...
Buy on Amazon

Take “Captain” Bogardus, for example, who shot pigeons, glass balls, and clay projectiles. He was present for all the changes that made trap shooting what it is today.

And now, there are over 10 million participants in shooting sports in the U.S. today.

In the U.S., the task for organizing shooting sports has been delegated to the National Rifle Association (NRA). This started in 1978, and the group has been fulfilling this responsibility from the Colorado Springs Olympic Training Center.