If you’re thinking about investing in a new shotgun for target shooting or hunting, you’re probably searching for the best Mossberg 835 review.

For those who are unaware, Mossberg is one of the largest and most well-known shotgun manufacturers in the world. Each gun is made with the highest-quality components and materials. For shotgun fanatics (as well as those considering purchasing their first shotgun), a Mossberg 835 review is a must-read.

It’s no secret that Mossberg is at the very top of its class (for 100 years now), but what makes the Mossberg 835 such an excellent shotgun?

In 2019, Mossberg released several new versions of one of the best-selling all-purpose shotguns: the Mossberg 835. Initially released in​​ 1988, the design was geared towards waterfowl. However, this shotgun is powerful and diverse enough to fill any role you give it.

Similar to the legendary Mossberg 500, the 835 is a beautiful firearm which is sure to please even the hardest to impress gun owners.

The weapon takes 2.75, 3, and 3.5-inch shotgun shells and sends them downrange with all the intensity that a 12-gauge shotgun can muster.

High-quality synthetic materials make up the shotgun’s frame and stock, while the receiver consists of aluminum and a steel bolt. As far as action goes, the Mossberg 835 is a pump action. So, you’re in full control of each round that you fire.

The shotgun’s barrel is overbored, an important note to make. An overbored barrel means you’ll have much less recoil to deal with and tighter shot patterns. It also means more shot pellets stay intact, giving you uniform shot patterns.

An additional feature of the Mossberg is its ability to handle slugs. However, slugs aren’t compatible with the standard barrel.

If you want to shoot slugs, there’s an additional barrel you can purchase for the Mossberg 835 that allows you to fire them with ease.

But unless you buy the appropriate replacement barrel, do not attempt shooting slugs through the 835, as it may damage the firearm (as well as the shooter).

It’s important to know that there are numerous versions of the Mossberg 835 — all 12-gauge but with different barrels lengths and other small differences to serve different purposes.

Here are a few of the most crucial specifications for the Mossberg 835 Ulti-Mag All-Purpose Field :

Before you buy the Mossberg, there are several important aspects to consider when shopping for a new shotgun in general.

These are especially true if you’re buying a gun for the first time.

The first factor to consider when shopping for a new shotgun is the gauge of the gun. These are the gauges that are most commonly used; .410, 28, 20, 10, and 12. The 16 gauge shotgun is also available, though it isn’t as popular in the U.S.

The barrel type of a shotgun is another vital consideration to make when thinking of purchasing a new gun. If you’ll be mainly shooting buckshot and, a smooth-bored barrel will do just fine.

That said if you plan on hunting larger game (such as deer), you’ll need to select a shotgun with a rifled barrel. Rifled barrel shotguns are particularly useful in states that high-powered rifles are illegal to hunt with.

Shotguns come in one of these types of actions; single shot, bolt action, double-barrel (either side-by-side or over-under), lever-action, pump-action, and semi-automatic.

There are also fully automatic shotguns out there. However, these are mainly reserved for the military and law enforcement agents.

Sometimes firearms come with accessories such as a cleaning kit, iron sights, accessory rail, and more. Whether the shotgun you’re interested in comes with accessories or not, you need to check its compatibility with any accessories you wish to add-on.

The Mossberg 835 is compatible with a wide range of accessories including shell holders and scope mounts.

The brand name of a gun is something most hunters and marksman take pretty seriously. Among the shotgun manufacturers with the best brand reputations are Mossberg, Benelli, Remington, and Winchester.

To deliver the most up-to-date and accurate Mossberg 835 review possible, we took the weapon and stacked it up against three shotguns from competitor brands. We looked at everything from gauge and action to materials, safety features, and more.

Here’s what we found:

Benelli is unquestionably one of the top contenders to Mossberg. The Ben​​elli Nova is yet more proof of the high-end nature of the legendary manufacturer’s firearms. The shotgun is chambered for 2.75-inch, 3-inch, and 3.5-inch shotgun shells.

The Nova is a perfect choice for waterfowl and other types of hunting. It’s also available in a compact version for those who are looking for something a bit smaller than the standard Benelli Nova.

In comparison with the Mossberg 835, there are a few notable differences that are brought up several times by reviewers.

Nova’s stock and receiver are one solid unit. It also has a convenient forend shell stop button (which the 835 is lacking). Even more, the gun is available in several gauges, which makes it just as versatile as the Mossberg weapon without a doubt.

On the flip side, the Nova can be heavier and lengthier, which is not always such a great thing when you’re out in the field tracking game or hunting birds.

Another of the top names in the firearms industry is Winchester. Famous for creating the weapons that helped “tame the west” during the United State’s rapid westward expansion back in the 19th century, Winchester has been a household name for a century and a half.

That said, the Super-X (SXP) Black Shado​​w definitely lives up to the high standards set by the manufacturer long ago.

The SXP Black Shadow consists of a tough and long-lasting composite forearm and stock. The barrel is finished with a non-glare finish that will help you stay hidden while on the hunt.

The shotgun works with manual pump-action and a chrome-plated .742-inch back-bored barrel, including Invector-Plus chokes. It’s compatible with 2.75-inch, 3-inch, and 3.5-inch loads. And, you have the option of a 26-inch barrel or a 28-inch barrel as well.

The Black Shadow, compared to the Mossberg 835, is just as aesthetically pleasing. The color scheme is sleek and stylish, and there are multiple barrel sizes to choose from, which also changes its appearance.

The gun comes with an inflex-tech recoil pad as well, which cuts down on shooting fatigue and flinching.

It’s also equally as functional as the Mossberg. The shotgun is excellent for hunting waterfowl but also works for just about any sort of shooting you do.

On the other hand, as with the Benelli Nova, the Winchester SXP Black Shadow is longer and heavier than the 835.

The third and final shotgun that we stacked up against our featured weapon for the Mossberg 835 review is the Remington 88​​7 Nitro Mag. Remington is another of the elite firearm manufacturers from the United States.

The 887 Nitro Mag comes with a 28-inch barrel and is chambered to load 2.75-inch, 3-inch, and 3.5-inch 12-gauge rounds interchangeably. The 887 has over 50 percent less recoil than most shotguns thanks to its SuperCell recoil pad.

It’s the lightest kicking pump-action shotgun produced by Remington. Furthermore, the gun is made with durable synthetic materials, including ArmorLokt (which protects the metal parts of the gun from rust).

The Remington 887 Nitro Mag is one of the easiest to fire shotguns on the market due to its versatile design (it cuts out a ton of the recoil). That makes it an excellent choice for beginners as well as experienced hunters and marksmen.

The main drawback to the 887 is the fact that it only holds four rounds of ammunition, which is two or three shells less than many name-brand shotguns produced by American firearm manufacturers.

Now that we’ve covered all of the basics, including popular shotguns from competitors and before we wrap up our Mossberg 835 review, we’ve outlined the most significant advantages and disadvantages to the Mossberg 835.

Here are some of the major advantages of the Mossberg 835:

Here are the most significant disadvantages with the Mossberg 835: 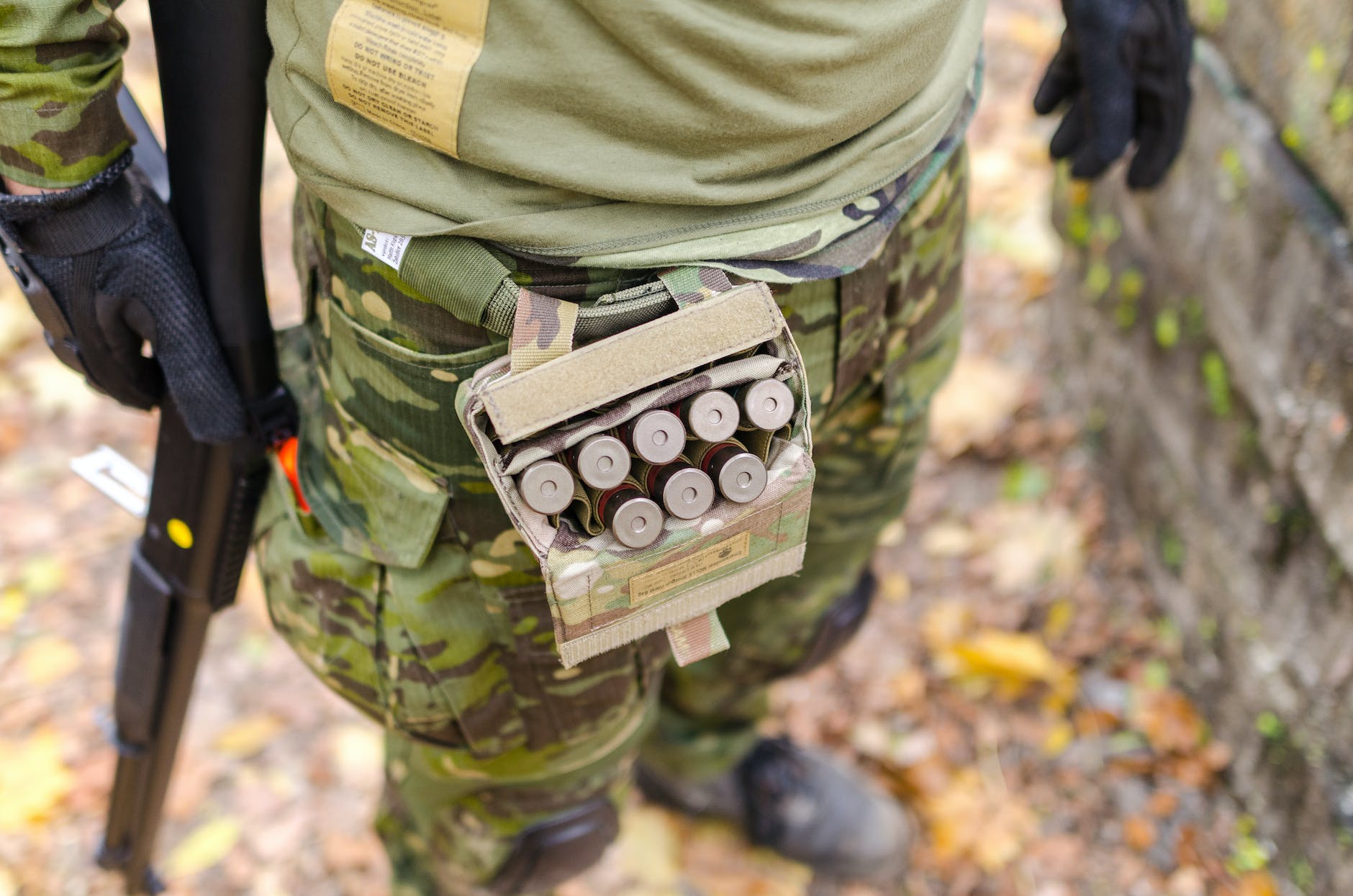 There’s a pretty good chance you’re considering a shotgun purchase if you’re reading this article. That’s why we’ve taken the time to produce a list of shotgun safety​​ rules. You can never be too safe when using a firearm.

Here are a few of the most important shotgun safety protocols to follow:

Whether you’re hunting, shooting at targets, or shooting clays, the Mossberg 835 is one of the finest guns currently available. This shotgun is an all-purpose firearm that comes at a great price. Even more, it’s coming from an excellent manufacturer which is known for its high-end weapons.

Plus, the Mossberg 835 comes with a 10-year warranty. And if you like to customize your weapon, there are plenty of accessories you can add to make your Mossberg your own.

Do you have experience with this shotgun (or one of the competitor guns we mentioned)? If so, what did you think about our Mossberg 835 review? Let us know in the comments section below!

Image from Amazon “Rambo: Last Blood” is scheduled for release this fall, and every trigger-happy movie buff is ready to watch the bullets fly in true Rambo style. And when it comes to guerrilla...